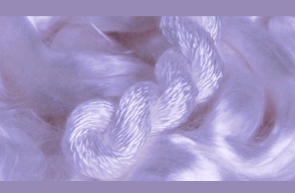 Posted by Linda Davis on 7/26/2019 to Fibers
Think about it!  Natural fibers have been around for a long, long time; and they continue to be superior to man-made fibers. They are not newcomers making promises based on brief laboraty tests.  In the big scheme of things, the term "Natural Fibers" is relatively new.  It came about when "manufactured" fibers made it necessary to make a distinction.
Natural fibers come from animals, plants, insects, and minerals.  I often ask the children who attend our local Heritage Days, what animal fibers could be used for spinning; and naturally, I get some unique answers:  bears, squirrels, cats, dogs, horses, and even a woolly mammoth!  But then, there are those who say: sheep, goats, alpacas, llamas, camels, and others.  This gives me hope that our youth are doing okay.  In essence, any fiber can be spun; however, our ancestors realized early on that some fibers were simply not suitable for spinning.  I am a pragmatist in some ways, and I rely on some common sense.  If bear fur has not been used for spinning, then I more than likely will not give that a try.  However, I am up for anything that has actually been done in the past.
The most wonderful thing about natural fibers is that they are a part of nature's life cycle.  They are a renewable resource, biodegradable, and pose no harm to our environment.  Wool, silk, cotton and flax were the predominant fibers for centuries; however, today we can enjoy many more, such as, bamboo, soy, and corn fibers.  Another aspect that has significantly changed is the world has grown smaller!  I don't mean that literally, but we now can get fibers from all over the world and do not have to rely on what is in our own backyards.  We used to be able to identify where people came from by their attire. That was because they used what they had available to them.  Beautiful silk kimonos were from Japan and the far east.  Ganseys and fishermens sweaters were attributed to Ireland and Great Britain.  The Egyptians wore white linen.  Eskimos stay warm in their parkas.  Today, we still see certain fashions that are indicative of the cultures throughout the world; however, it is not as prevalent as it once was.
When I started to spin (many moons ago), I did not give much thought to fibers at the time.  All I could focus on was making a skein of yarn that looked half way like yarn and not a glob of a twisted mess.  As I practiced and learned more and more about spinning, I began to study the various fibers and techniques.  I am a firm believer that each of us should share our knowledge with one another, and I am hoping that as I do these articles that it will create a conversation among us so we can all share our experiences and knowledge on our favorite past time!
Til next time...
Previous Post
Next Post

Welcome to my blog. I am very excited to be able to share the things I love to do, along with what I have been up to. I hope you will enjoy my projects, inspirations, and dreams and use this forum as a positive space to collaborate with others on your projects.

Blog Rules:
This blog will only address topics concerning the fiber arts.  There will be no other discussions allowed.  We all need to respect each other when making comments.  This blog should be about sharing of information and increasing knowledge about our favorite past time.  --  I thank you in advance for your participation and keeping this blog a good place to visit.